Share a memory
Obituary & Services
Tribute Wall
Read more about the life story of Harold and share your memory.

He was born Febuary 23, 1937 in Leopold, Missouri, son of William and Julia Vandeven Arnzen.

Harold worked for Lutesville Motors until 1977 at which time he went to work at Proctor and Gamble retiring in 1996. He loved to travel, camp, and listen to blue grass music, go to the farm in Leopold, and spend time in Colorado. He was a member of Immaculate Conception Catholic Church in Jackson.

Also surviving are three siblings, Virgil (Valarie) Arnzen of Benton, Missouri, Judy Mayfield of Scopus and Patti (Billie) Ricketts of Leopold; three sister-in-laws Charlene (the late Jim) Arnzen and Carole (the late Steve) Arnzen of Cape Girardeau and Janet (the late Richard) Arnzen of Kelso and many nieces and nephews.

He was preceded in death by three brothers, Jim, Steve and Richard Arnzen and his parents.

Visitation will be from 1:00 PM until service time at McCombs Funeral Home and Cremation Center in Jackson.
Funeral service will be at 2:00 PM on Sunday, January 22, 2023 with Deacon Walt Biri officiating.

Interment will be in Russell Heights Cemetery.

In lieu of flowers the family request memorial contributions be made to the American Parkinson's Association or Immaculate Conception Catholic Church.
Online condolences may be sent to the family by visiting www.mccombsfuneralhome.com.

To send flowers to the family or plant a tree in memory of Harold William Arnzen, please visit our floral store. 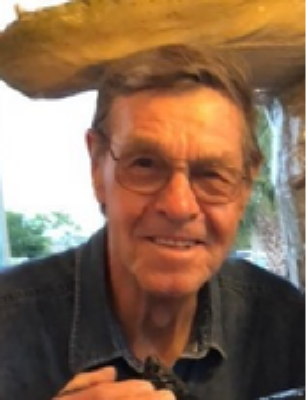