Share a memory
Obituary & Services
Tribute Wall
Read more about the life story of Karl and share your memory.

He was born July 14, 1929, in Peterborough, New Hampshire, to Karl and Lydia K. Quist Leeman. He and Elaine J. Schiebinger were married in Russellville, Arkansas. She preceded him in death on February 26, 1994.

Karl was inducted into the United States Air Force on July 30, 1951. He served in the Korean War and was honorably discharged on July 11, 1955, as a Tech Sergeant.

Karl received a bachelor's degree in Forestry as well as a master's degree in Divinity. He began pastoring in Benton, Arkansas as well as Avilla, Arkansas. In 1974 he moved to Gordonville and started pastoring for both Zion Lutheran Church in Gordonville as well as St. Paul Lutheran Church in Chaffee, retiring in 1996. He then accepted a position as chaplain for the Lutheran Home and Hospice, retiring in 2020. Karl loved spending time in the woods and being outdoors.

Loving survivors include four children, Kathy (Philip) Hinkson of Benton, Arkansas, Dan (Jeanie) Leeman of St. Louis, David Leeman, and Carol Leeman both of Cape Girardeau; thirteen grandchildren; thirty-seven great grandchildren; and two great-great grandchildren.
In addition to his loving wife, Elaine, he was preceded in death by his parents; a grandson, Justin Leeman; a brother, Richard Leeman; and a cousin, Otto Koskela.

Visitation will be held from 3-5 PM on Sunday, January 22, 2023, at McCombs Funeral Home and Cremation Center in Jackson and after 9:30 AM on Monday, January 23, 2023, until time of service at St. Andrew Lutheran Church in Cape Girardeau.

Service will be at 10:30 AM at the church with Rev. John Dehne officiating. Burial will be at 2PM at the Missouri Veterans Cemetery in Bloomfield with full military honors.

Memorials may take the form of contributions to St. Andrew Lutheran Church.

Online condolences may be made to the family by clicking on the Tribute Tab of Karl's personal obituary page at www.mccombsfuneralhome.com.

To send flowers to the family or plant a tree in memory of Karl K. Leeman, please visit our floral store. 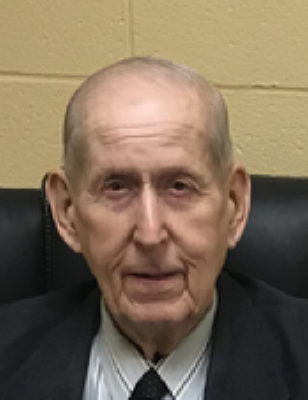