Share a memory
Obituary & Services
Tribute Wall
Read more about the life story of Robert Lee and share your memory.

He was born July 31, 1956, in Clinton, Kentucky, to Raymond and Patricia Srader Hodo.  He and Kimberly Borgfield were married November 2, 1987, at Fort Worth Water Gardens, in Fort Worth, TX.

Rob was a 1974 graduate of Doniphan High School and loved playing football.  He played for the Azle Hornets in earlier school years near Fort Worth and later while attending high school in Doniphan. He also played some college football at University of Arkansas (Monticello, Arkansas) and Southeast Missouri State University (Cape Girardeau, MO).

Rob was dedicated to service work. His passion for HVAC systems began at Cook’s Plumbing and Heating in Cape Girardeau.  After serving on the Scott City Police force, he worked for Simpson Asphalt Co. in Scott City, MO.  In the late 1980’s, he established Dakota Plumbing and Heating Co., Inc. in Scott City.  He recently purchased Roth Hardware Store in Scott City and is also a partner in Hometown Laundromats in Southeast Missouri. He was also the current Scott City Building inspector. He was generous with his time and skills, giving without expectation.  He was always ready to help and would drop everything when someone was in need, especially the elderly.  Some of the services he provided include: snowplowing schools and churches in Scott City, helping build the concession center at the Scott City ballpark, installing Scott City storm sirens, and providing electrical installation and maintenance work when the Benton race park was first built.

Rob was also an avid deer hunter and had a vast love for the outdoors.  He owned a cabin in Doniphan where he shared many memorable weekends with his cousins and brother over the years.  Other things he enjoyed are fishing, card nights with his poker buddies, flipping quarters at Berghoff’’s Cafe with his breakfast buddies, gardening and pickling cucumbers with family, and fixing just about anything. He was a loving husband and father, showing enormous pride in his children’s academic and athletic accomplishments over the years.  In addition to coaching little league and women’s softball, he was an avid fan at every home game and many times with his camera at hand.  He also shared his love of the outdoors with his kids and grandson with many adventures waterskiing, boating, fishing, hunting, and four-wheeling. He always made sure his grandson had a great fireworks show each July 4th.

He was preceded in death by his father, Raymond Hodo.

Visitation is from 4 to 7 p.m., Friday, January 27, 2023, at McCombs Funeral Home and Cremation Center in Jackson.

The Rev. Sam Roethemeyer will conduct the funeral service at 9:30 a.m., Saturday, at the funeral home.  Interment is private at Shirley Cemetery near Doniphan.

Memorials may take the form of contributions to St. Jude Children’s Hospital or the National Kidney Foundation.

Online condolences may be sent to the family by clicking on the tribute wall above this article.

To send flowers to the family or plant a tree in memory of Robert Lee Hodo, please visit our floral store. 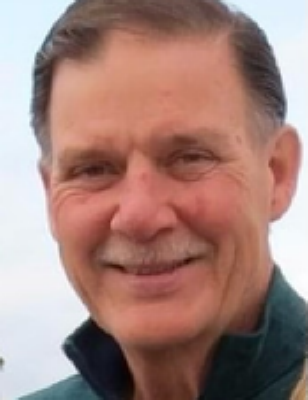